Penguins at the disco!

At Hot Topic a few weeks ago, I saw a T-Shirt that showed a penguin in a very Saturday Night Fever pose, with the caption, "Penguins at the Disco". It still makes me laugh. In general, penguins make me laugh. Everything about them is funny and endearing. They're birds, but they can't fly and they're rather portly. They waddle around on the snow like their shoelaces are tied together. They scoot around on their bellies when its convenient. They look like they are wearing tuxedos, and usually stand upright like people. What's not to love? If it were possible, I would definitely have a penguin as a pet.

I'll admit it. I like penguins. I have ever since I did a report on them in the 2nd grade. I used to know all about them, the Adele penguins, the emperor penguins, and the macaroni penguins. This was before every computer animator in the world realized the penguin is coolest animal in the world and decided to make a movie about them. I liked them before they danced, sang, surfed, or engineered an escape from a zoo.

So yeah, I like penguins. Whoever made "The Penguin" as a villain in Batman was an idiot. Whoever picked the penguin as the mascot for Linux was a genius. 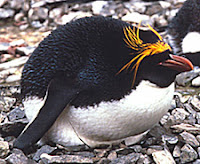 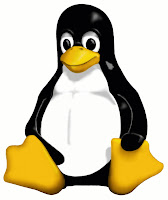 Email ThisBlogThis!Share to TwitterShare to FacebookShare to Pinterest
Labels: Musings